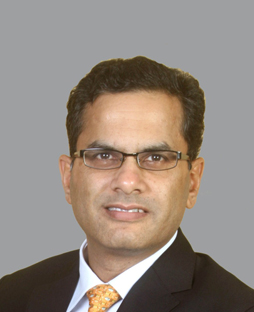 Shirish Godbole is a professional with over 25 years’ experience in the Financial Services domain across United States, United Kingdom and India. He is currently employed as a Senior Advisor at Morgan Stanley (‘MS’). Mr. Godbole has worked for more than 18 years at Morgan Stanley and has been involved in the mortgage backed securities and the private equity businesses for MS. More specifically, Mr. Godbole has securitized over $5 Billion of loans having run the entire process of originating loans and financings, working with the rating agencies in securing ratings and ultimately working with the sales team is selling the bonds in the United States as well as the UK.

In India, Mr. Godbole has been working on the private equity side of the business and has invested over $300 MM of capital in various transactions. Mr. Godbole is also a minority shareholder in Andromeda, India’s largest independent Mortgage brokerage company, which employs over 1000 people across the country. Mr. Godbole brings his deep knowledge of the financing and ratings world, banking relationships, debt & fund raising strengths, along with other capabilities to the team.